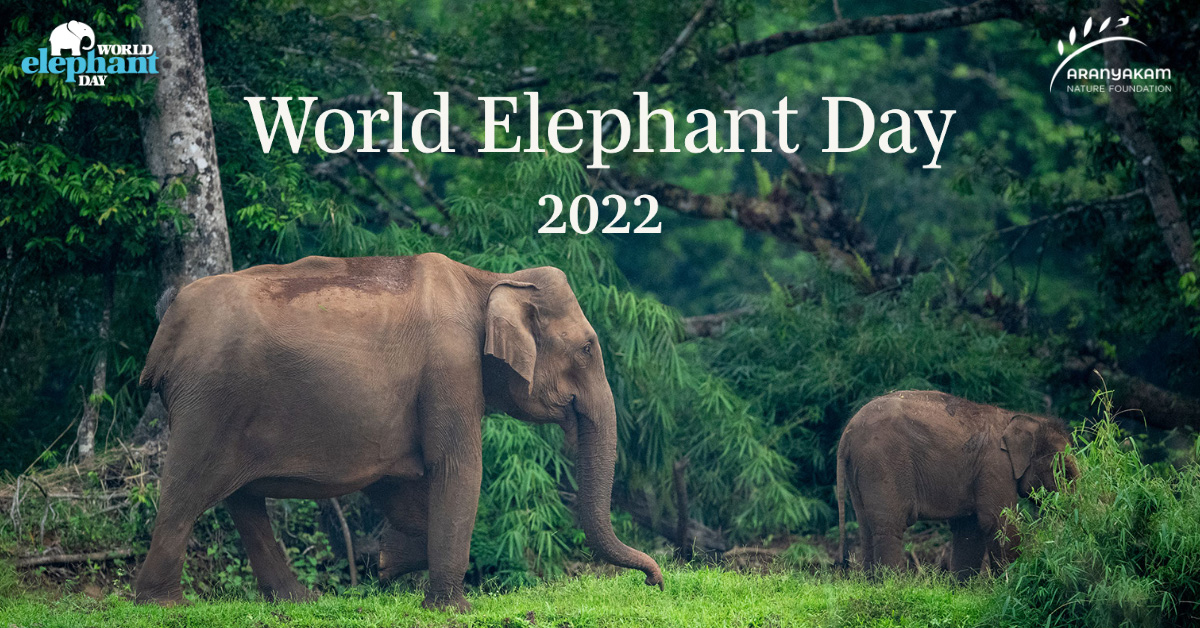 Watch the video to know more about elephants

Human-wildlife Conflict is defined as any interaction between humans and wildlife that negatively impacts humans’ social, economic or cultural life, the conservation of wildlife populations, or the environment. Generally, Human-Wildlife Conflict, caused by competition for natural resources between humans and wildlife, influences human food security and the well-being of humans and animals. In many regions, these conflicts have increased in recent decades due to human population growth and the transformation of land use. Human-elephant Conflict happens across the world where humans settle near elephant habitats. Dr PS Easa has been studying elephants for the past 40 years and has worked with many governmental and non-governmental organisations across India to understand and mitigate the conflicts. On this World Elephant Day, Dr PS Easa is giving an overview of human-elephant conflicts in India.

Across the globe, every August 12, World Elephant Day is observed to spread awareness about the importance of the conservation of elephants. Canadian filmmakers Patricia Sims and the Elephant Reintroduction Foundation launched the first world elephant day on August 12, 2012. Since then, it has been celebrated worldwide.

According to IUCN, African elephants are “Vulnerable”, and their Asian cousins are “Endangered”. Some sources stated that Asian and African elephants might face extinction in the next twelve years. Based on the current estimations, 400,000 African and 49,000 Asian elephants live in the wild, but these numbers could be exaggerated too. Elephant conservation also faces several challenges, including isolation due to habitat loss, fragmentation and degradation. Human-elephant conflict is a major challenge for conservationists and Managers. The World Elephant Day is an opportunity to discuss these issues and suggest solution to ensure long-term conservation of this majestic animal by providing larger contiguous disturbance free habitats for maintaining a viable population.

The main threats faced by elephants are

The high demand for ivory from many parts of the world leads to the poaching of Asian and African elephants. Many hunting communities and wildlife traders find the ivory trade a high-profit, low-risk endeavour as the value of ivory can exceed the value of gold. Despite the ivory trade being banned internationally, poachers kill approximately 30,000 elephants in their homes in Africa and Asia.

An average elephant needs around 140 to 170kg of vegetation and 50 to 100 litres of water daily to meet its dietary requirements. This requires a vast amount of land as its habitat, but recently in Asia and Africa, the land available to elephants is getting drastically reduced due to the human population explosion and developmental activities. According to estimations, Asian elephants lost 30% of their range, and the population declined by 62% in 10 years starting from 2002. Furthermore, as a result of using the elephant land for infrastructure development and agriculture, the habitats are getting fragmented too. These isolations make breeding more difficult, reduce the availability of food and water, and limit the seasonal movements based on favourable conditions.

Many times elephants are forced to cross the human settlements as their habitat, and the passages of elephants are declined or forced to raid the agriculture and other settlements when the food or water is scarce. This can result in economic losses for the people and casualties for elephants and people. In the long term, this conflict can significantly cause the decline of elephants in the wild.

As elephants are expensive to maintain, many elephants in captivity may not get enough food, water or care, leading to their poor health and physical conditions. Elephants live in groups and make close ties with other family members, but the elephants forced to live isolated in captivity face mental trauma. Moreover, in many countries in Asia, the elephants are illegally captured and trafficked for tourism or similar activities, which impacts the stability of the elephant population in the wild.

Results Theme: Elephants and People No Entry Fee Elephants have been a part of our culture, and we have lived in harmony with wildlife, especially elephants, for centuries. However, the situation has come where elephants are being threatened due to habitat loss and [...]

Human-wildlife Conflict is defined as any interaction between humans and wildlife that negatively impacts humans’ social, economic or cultural life, the conservation of wildlife populations, or the environment. Generally, Human-Wildlife Conflict, caused by competition for natural resources between humans and wildlife, influences human food security and the well-being of humans and animals. In many regions, these conflicts have increased in recent decades due to human population growth and the transformation [...]

Dr. PS Easa, chairman of Aranyakam Nature Society giving a brief on some of the elephant migrations that happened in India

World Elephant Day is celebrated on August 12th to spread awareness about the importance of the conservation of elephants across the world. Unfortunately, threats like poaching, habitat loss, and mistreatment in captivity are pushing these gentle giants to extinction. Please go through some important facts about elephants. The word elephant originates from the Greek word “elephas” which means ivory Largest land animal in the world; height [...]