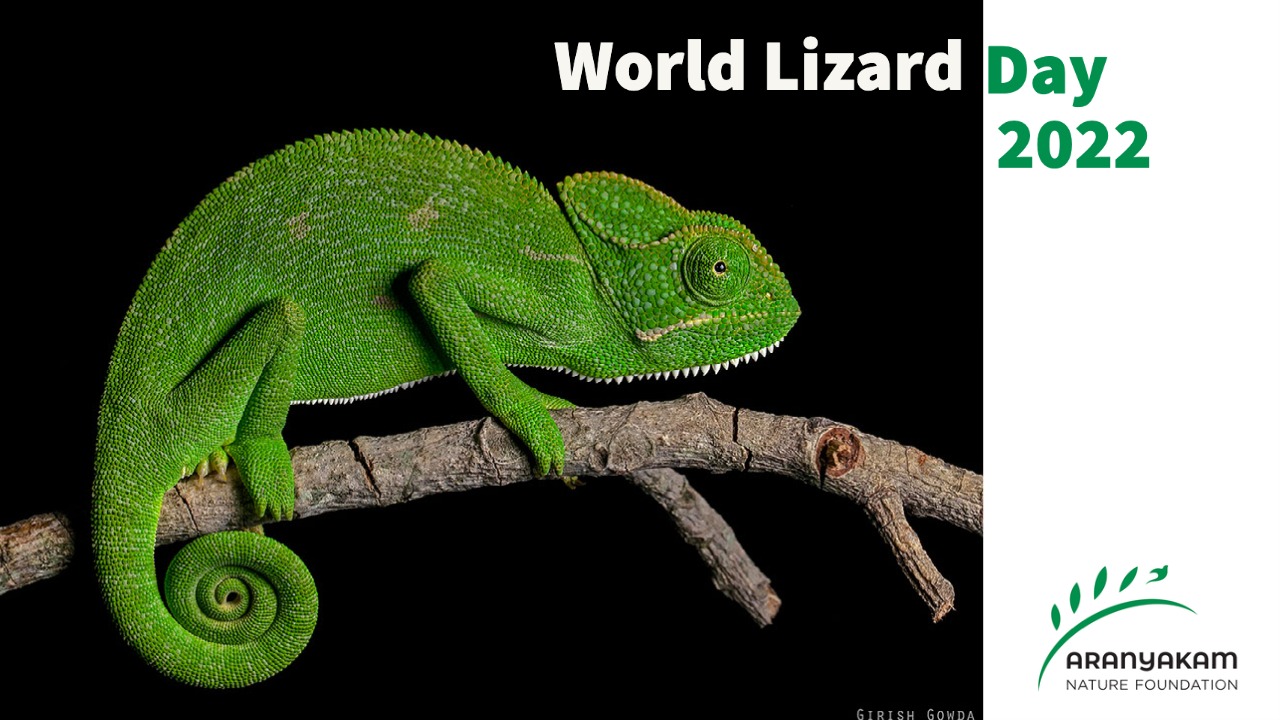 A fun day to learn more about, teach the general public and celebrate the fascinating world of lizards, World Lizard Day is celebrated on the 14th of August every year.

Despite being one of the most diverse groups, we still know very little about these species, of which many are threatened mainly due to habitat loss. Moreover, house lizards/geckos are still hated, feared and seen as pests by the majority of the people and are sometimes even killed, when in fact, they are one of the best natural pest/insect controls in our households. 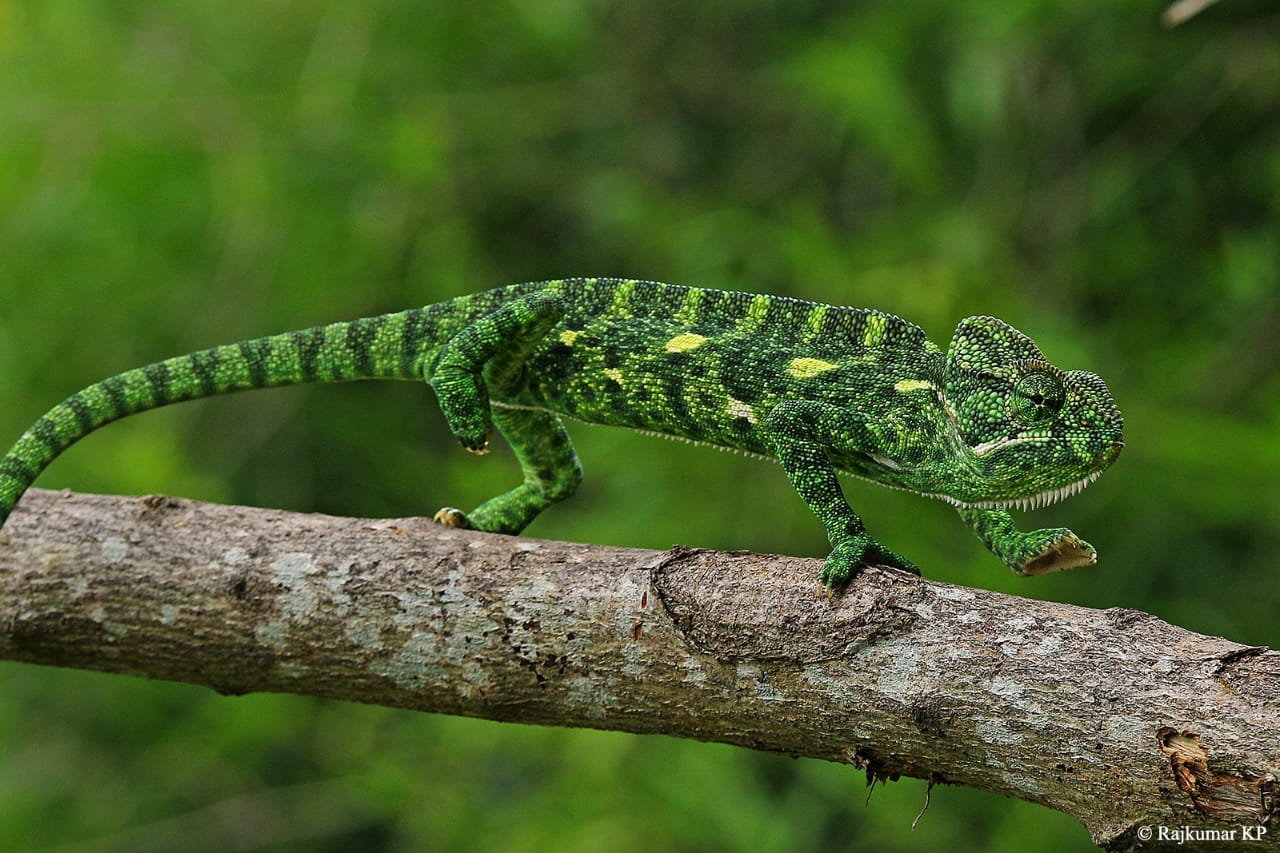 So, in times like these when charismatic species like tigers or elephants are celebrated, it is high time that we appreciate, be aware of and protect these harmless species that actually play an important role in maintenance of ecological balance. The origin of this day is not clear but is celebrated all over the world by reptile enthusiasts, teachers and conservationists through fun and informative events organized by schools, museums, national parks, zoos or conservation NGOs.

Some of the most interesting characteristics in the animal kingdom like changing skin colour, dropping off their tails when disturbed, the ability to walk on vertical surfaces and rough ceilings, absence of eyelids are all special to lizards. 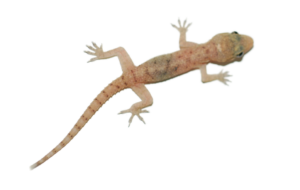 Among the reptiles, lizards and snakes (Squamates, belonging to Order Squamata) were the last to evolve, which was around 150 million years ago. Being one of the most diverse groups with over 7,000 living species and owing to their long evolutionary history, lizards got adapted and specialized to a variety of habits and habitats including gliding, swimming, deserts, forest canopies and even running over water surfaces. Geckos were the earliest lizards to evolve.

Kerala, the southern part of the biodiversity hotspot of Western Ghats is home to over 192 reptiles, of which there are 69 species of lizards. The 69 species belong to six families including Agamidae (lizards), Chamaeleonidae (chameleons), Gekkonidae (geckos), Lacertidae (lacertas), Scincidae (skinks), and Varanidae (monitor lizards). Till recent years, studies and checklists report a total of about 15 species of agamids, 31 species of geckos, two species of lacertids, 19 species of skinks, and one species each of chamaeleonid and varanid in Kerala. 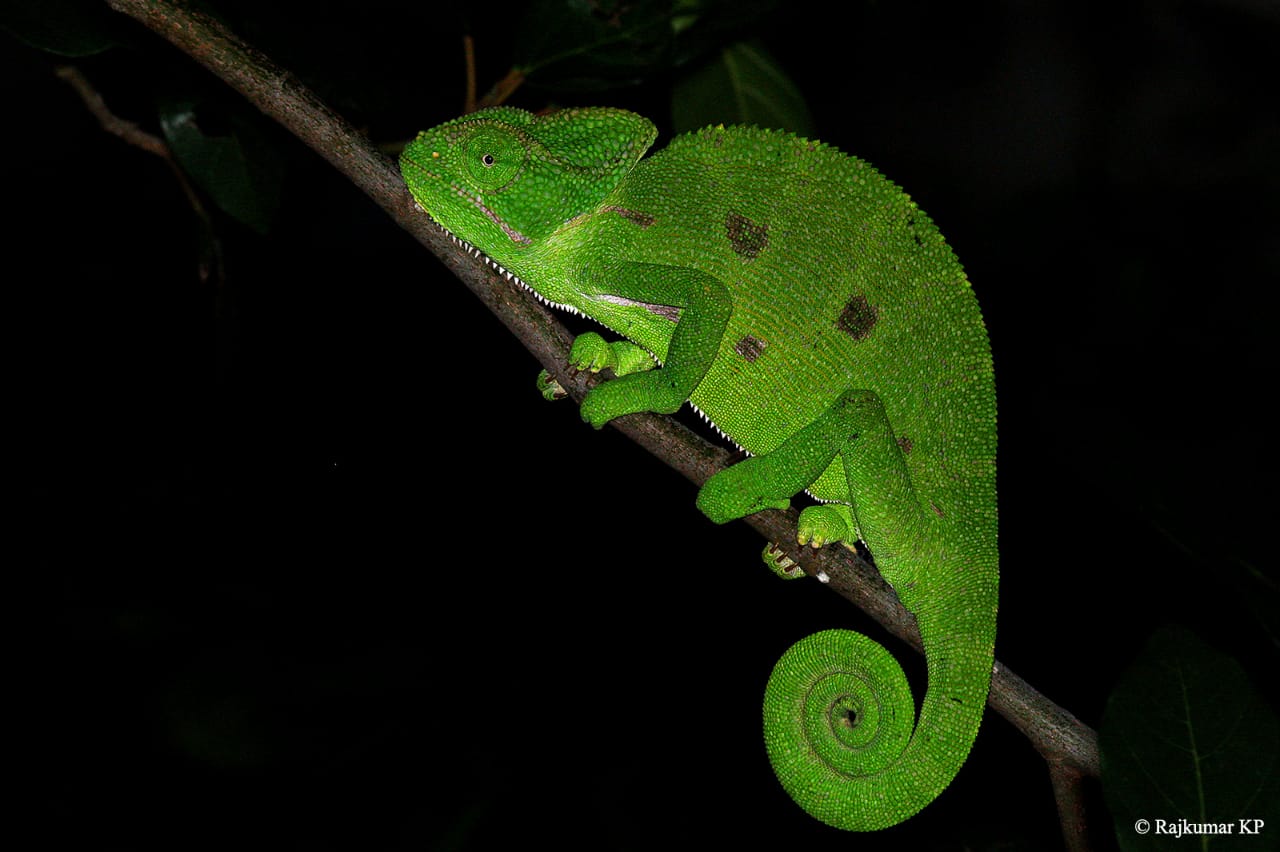 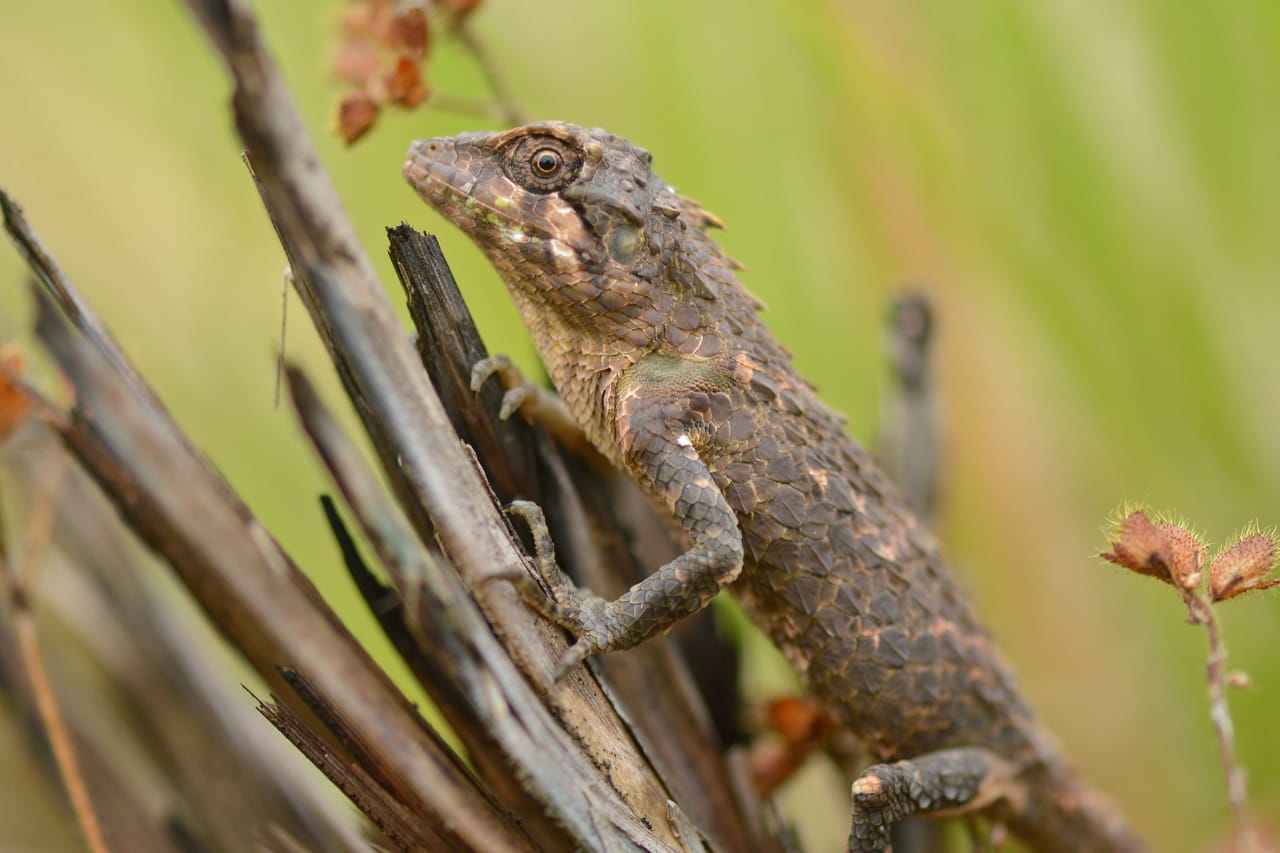 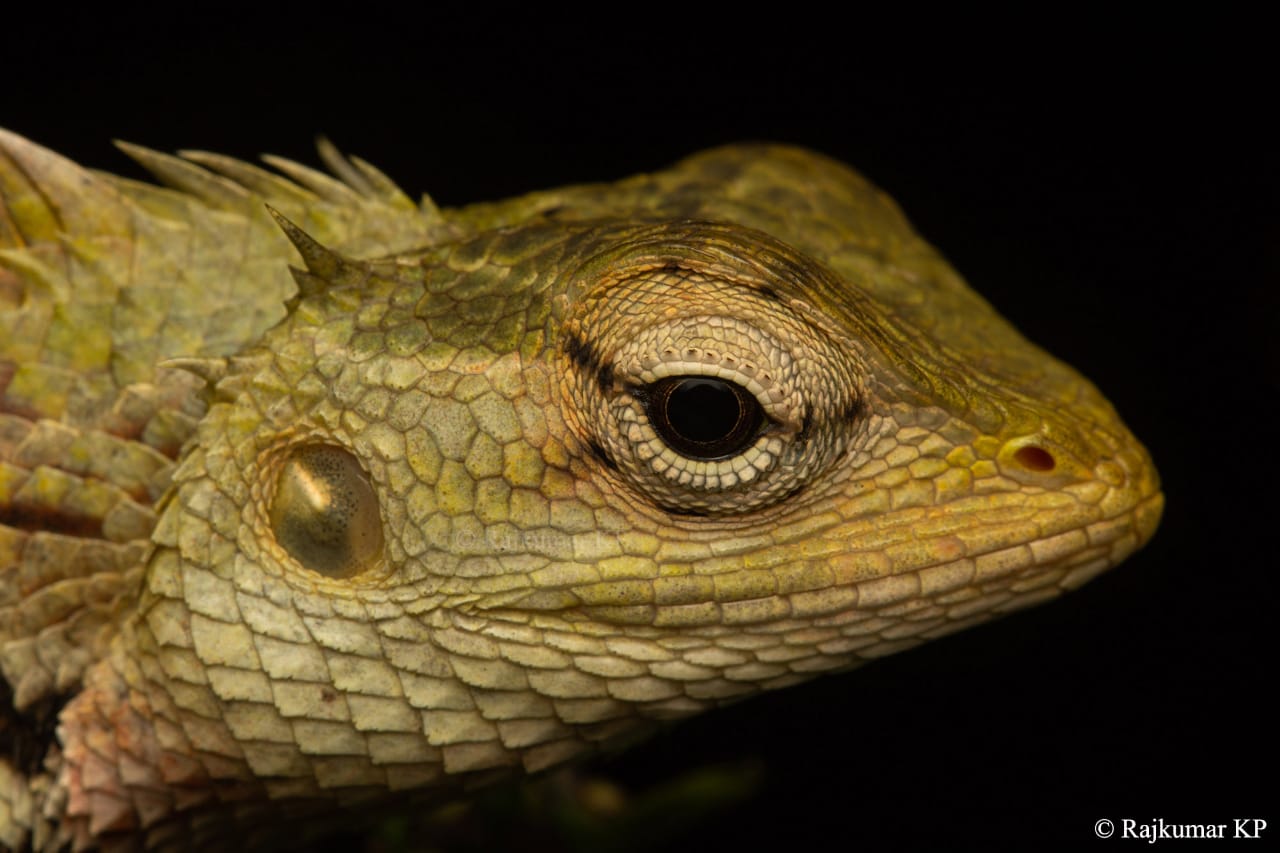 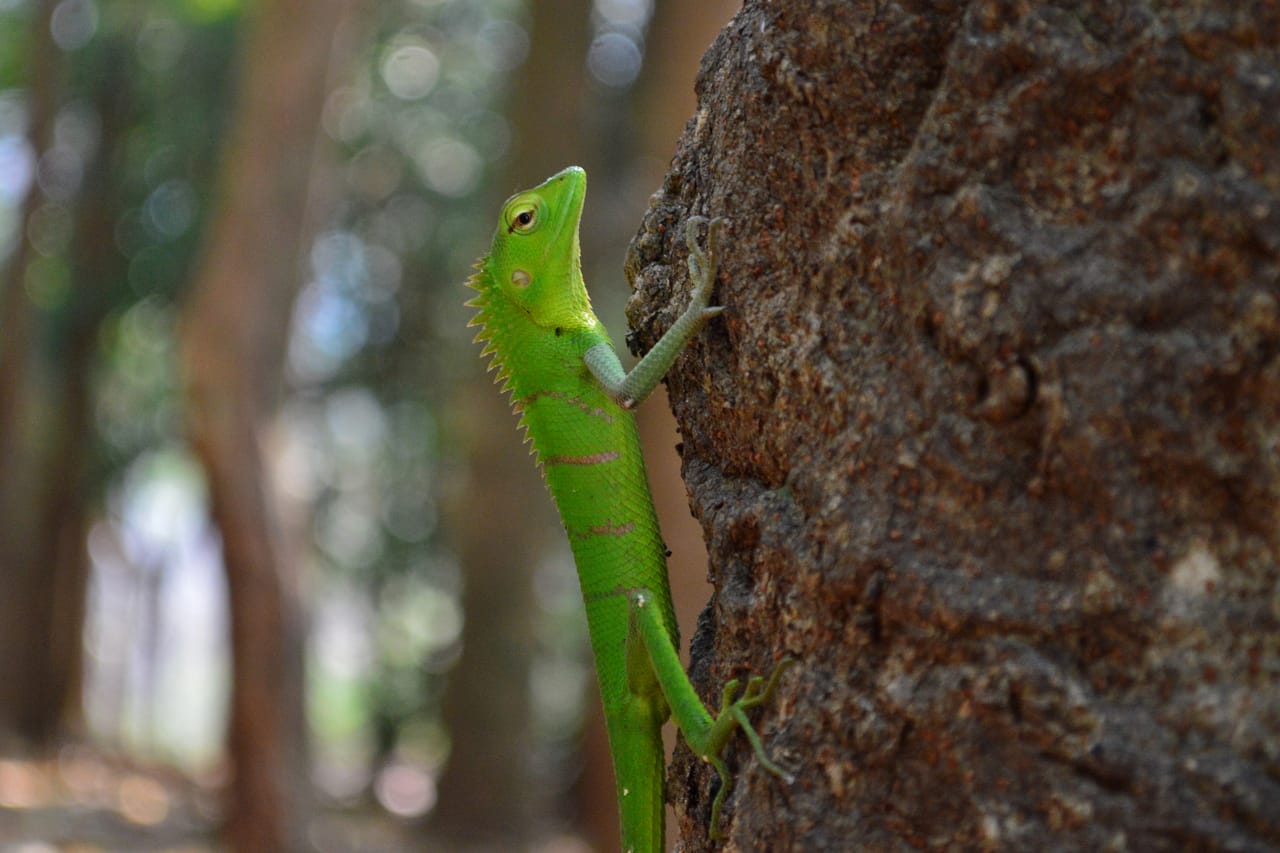 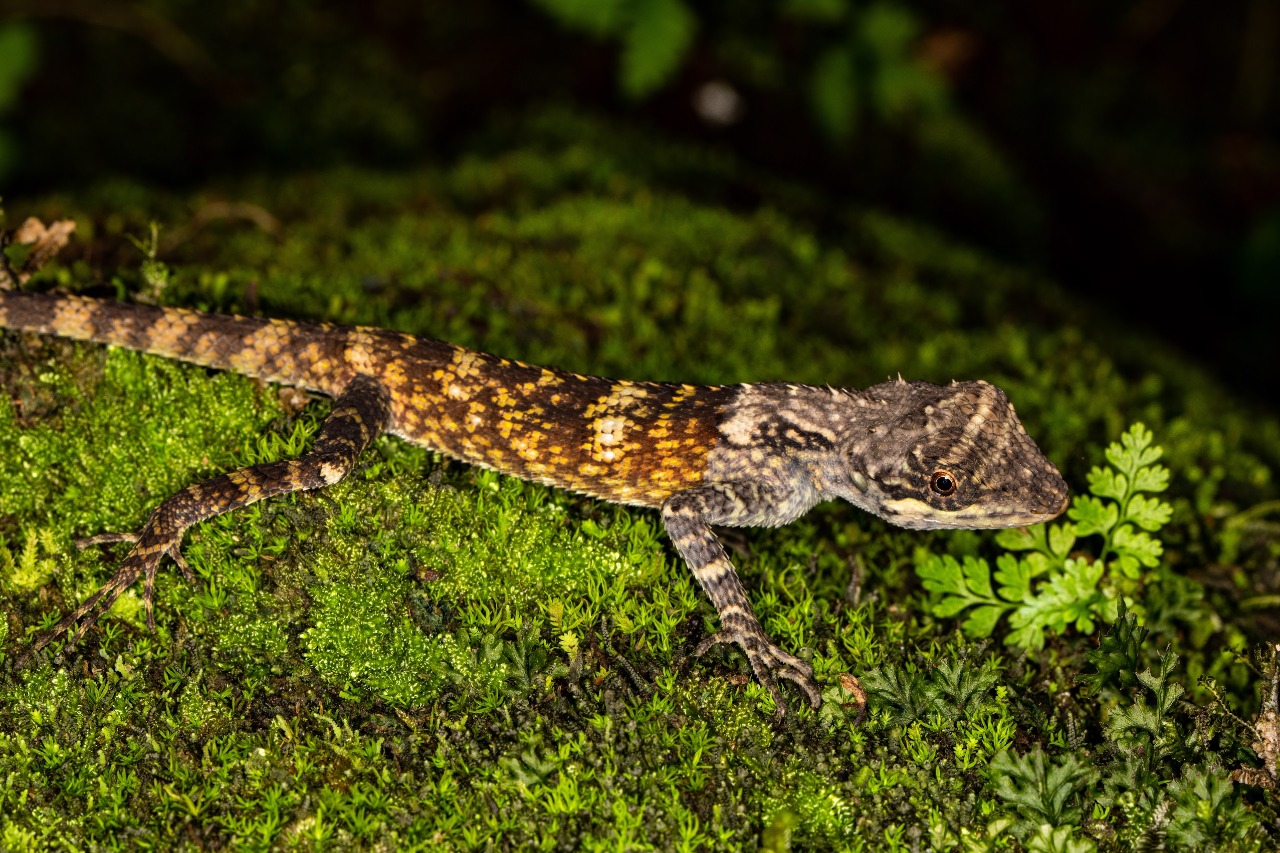 Gekkonidae family includes species that are mostly nocturnal in habit, have vertical pupils and expanded tips on their digits. The 31 species under the Gekkonidae family in Kerala belong to the genuses Cnemaspis, Hemidactylus, Cyrtodactylus, Gehyra, and Dravidogecko which includes day geckos, house geckos, ground-dwelling geckos and Anamalai geckos. 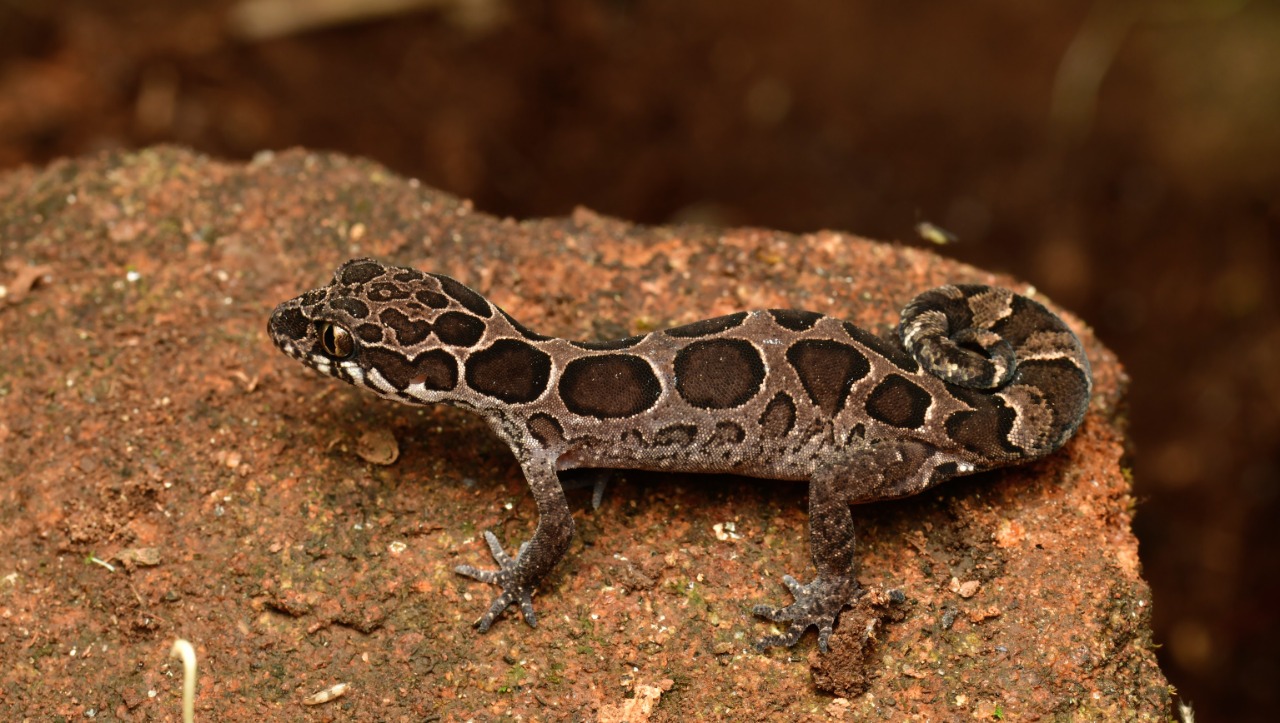 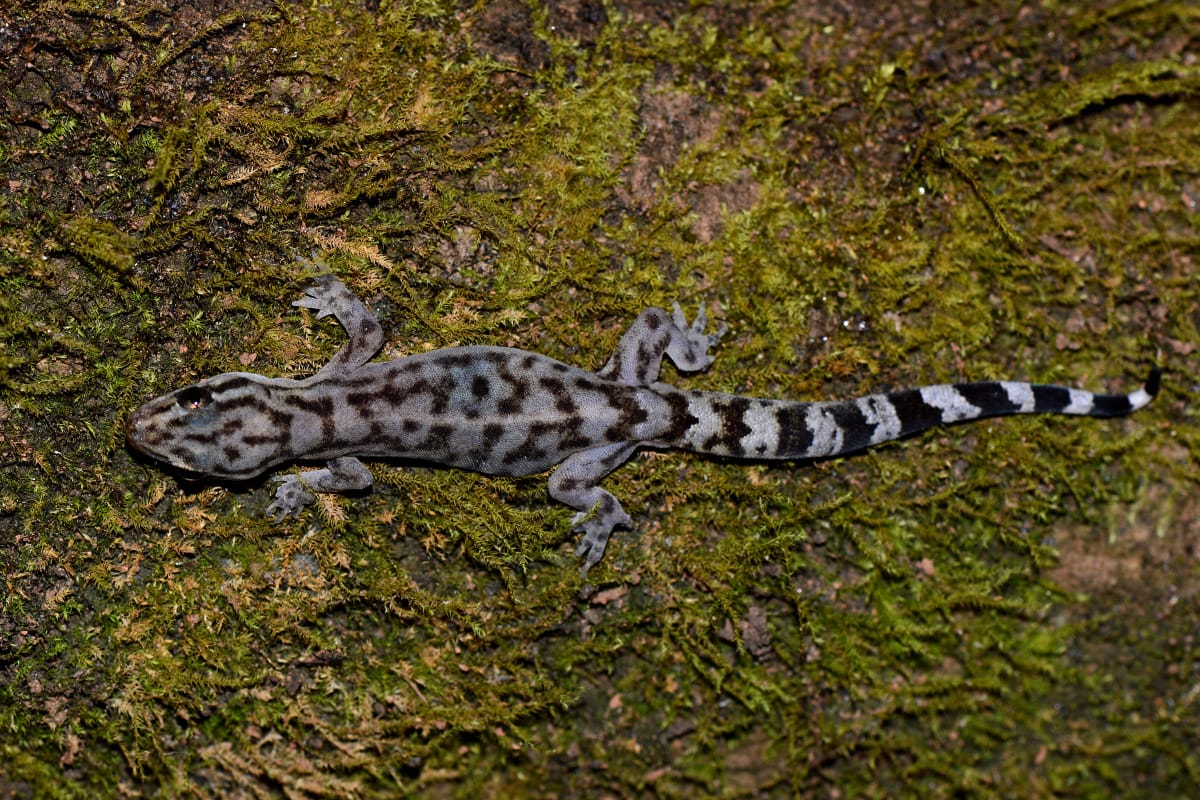 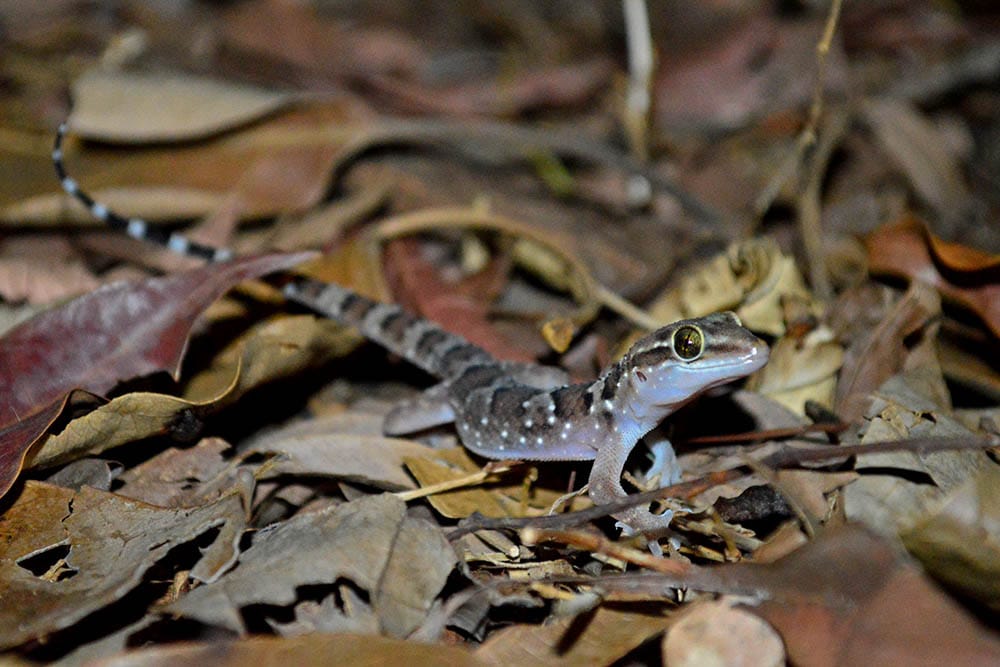 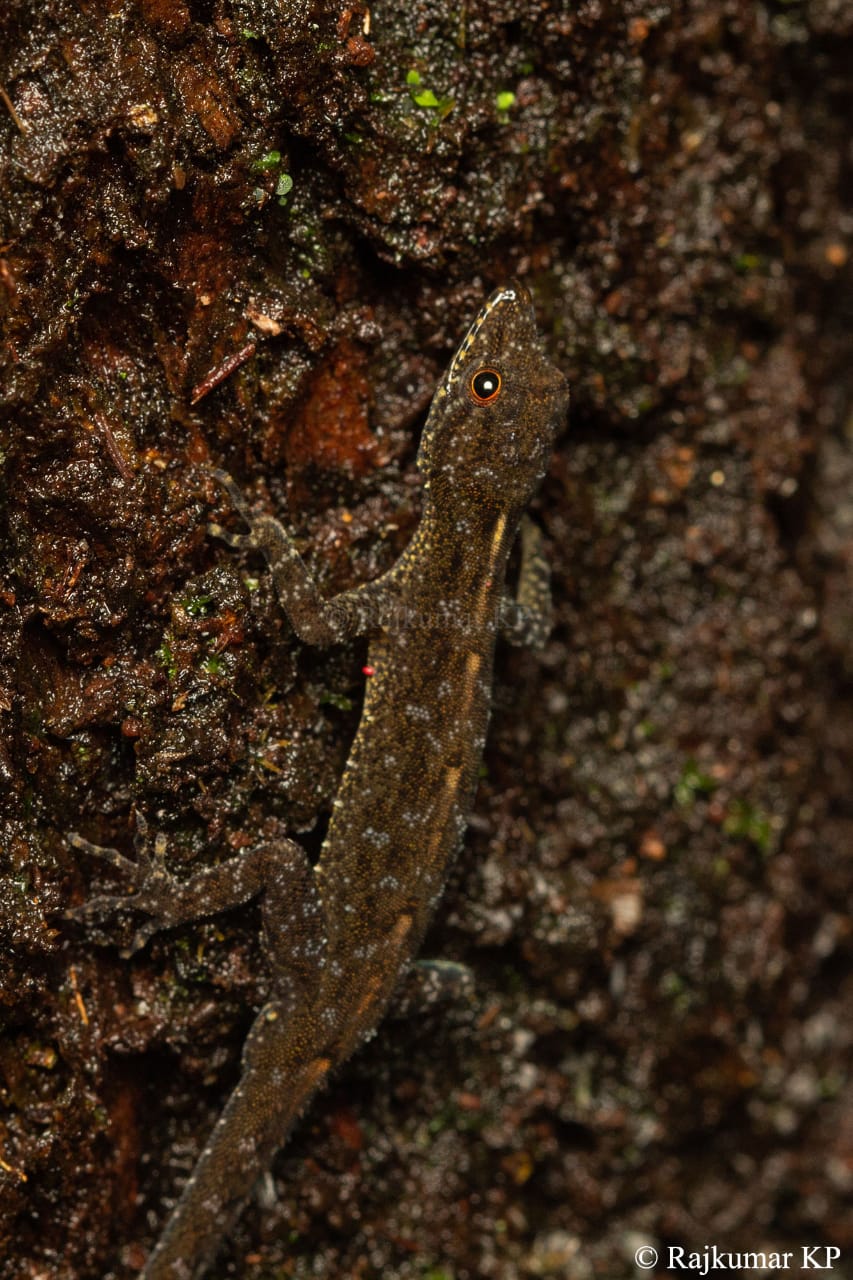 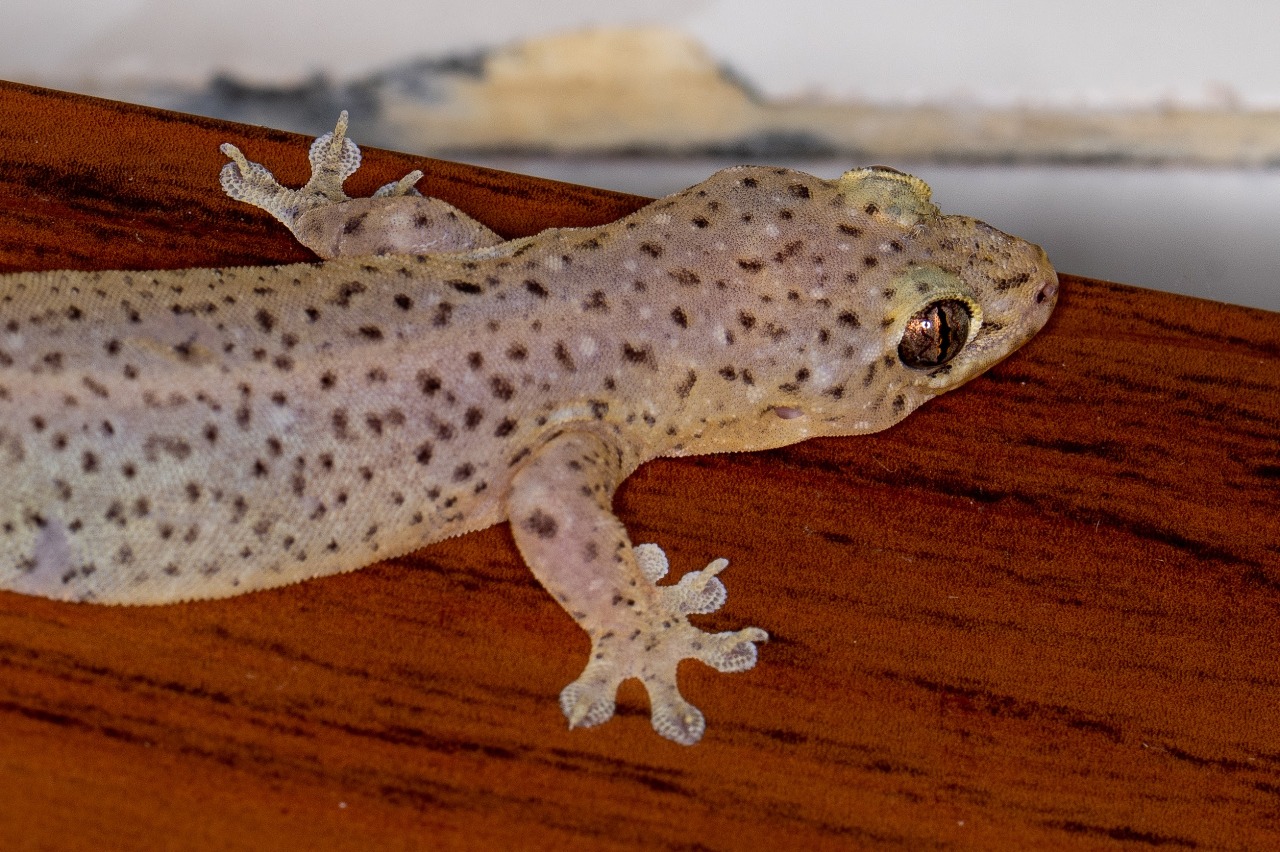 Lizards under the family Lacertidae are commonly known as wall or rock lizards and they have well-developed limbs, deeply forked tongues and large throat shields. There are only two species of lacertids in Kerala which come under a single genus Ophisops. 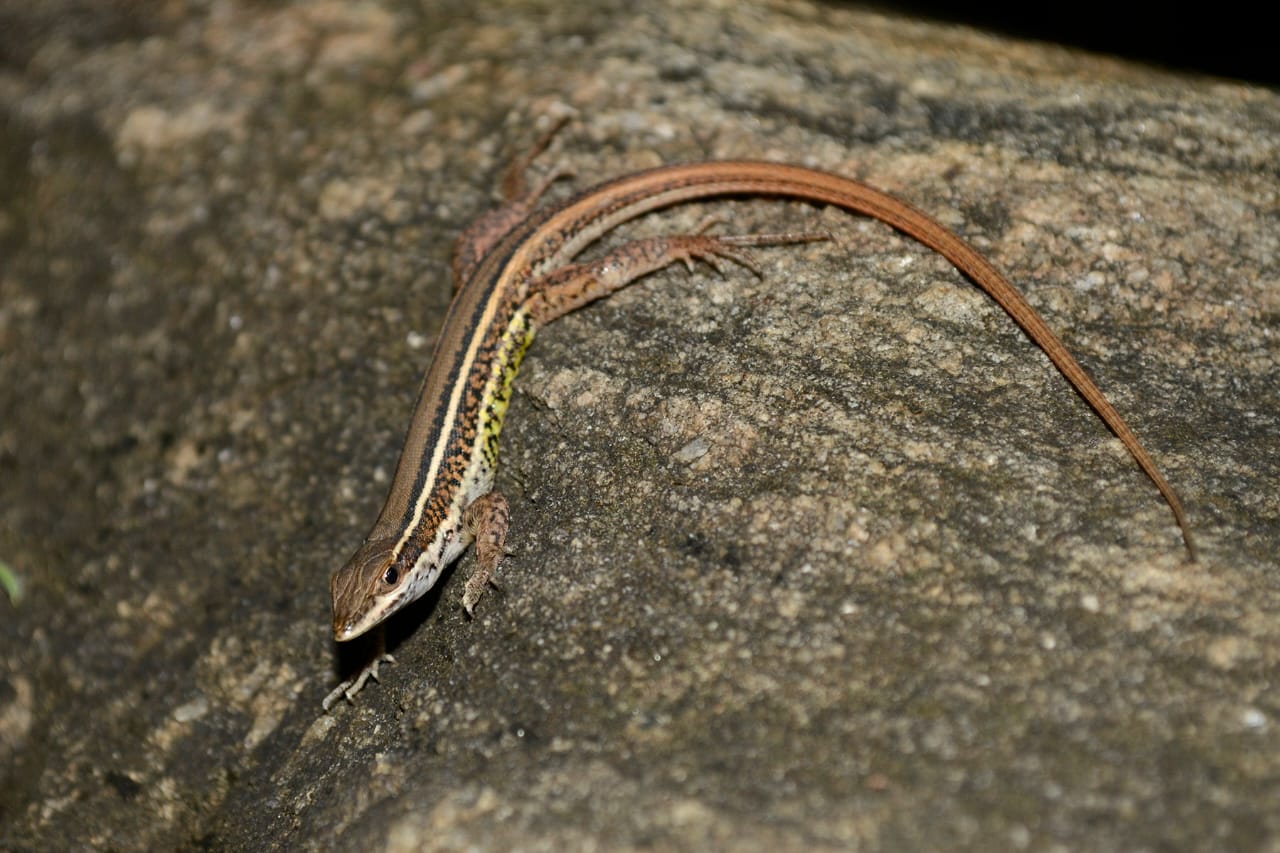 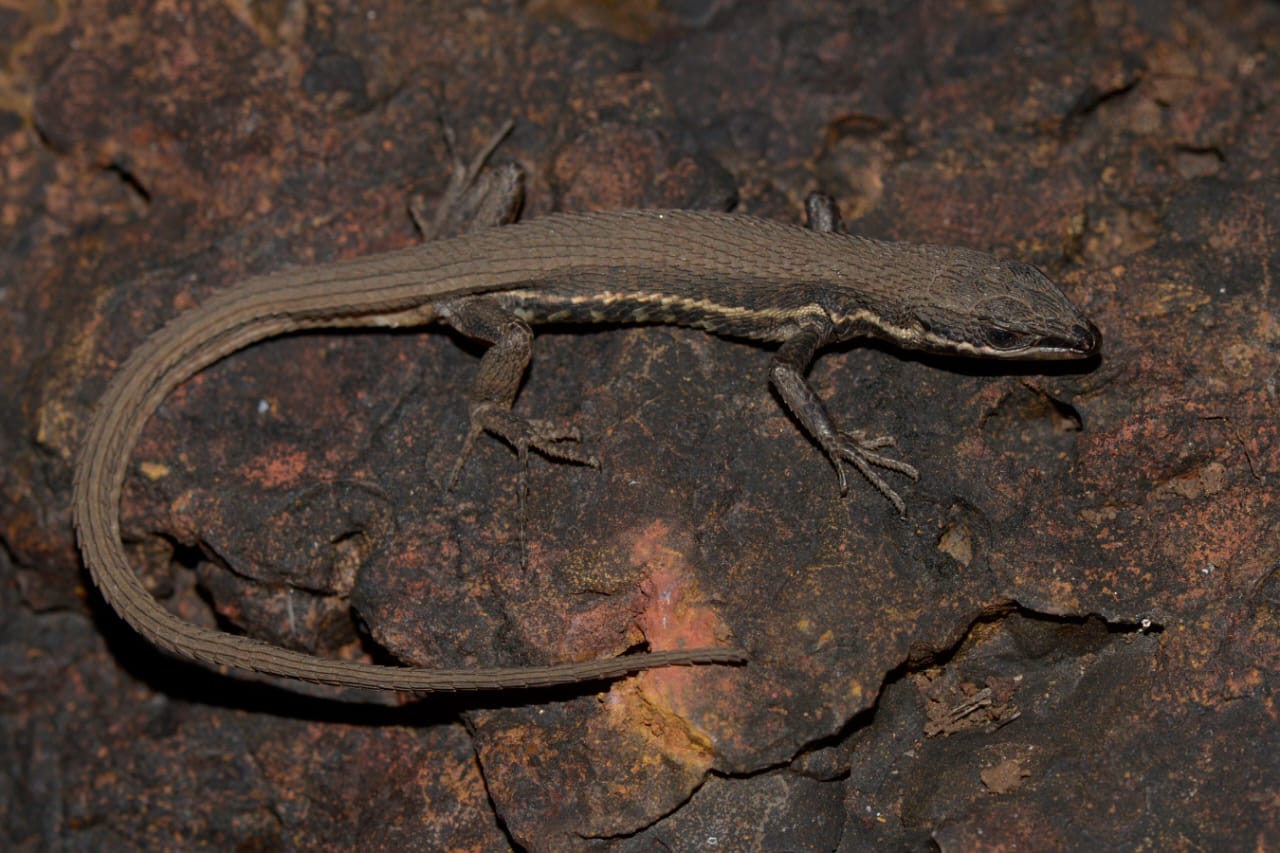 Scincidae family include skinks species that are secretive ground-dwellers, with cone-shaped heads and long, tapering tails. Seven genuses under the Scincidae family are found in Kerala, of which Eutropis, Ristella and Kaestlea have comparatively higher number of species. 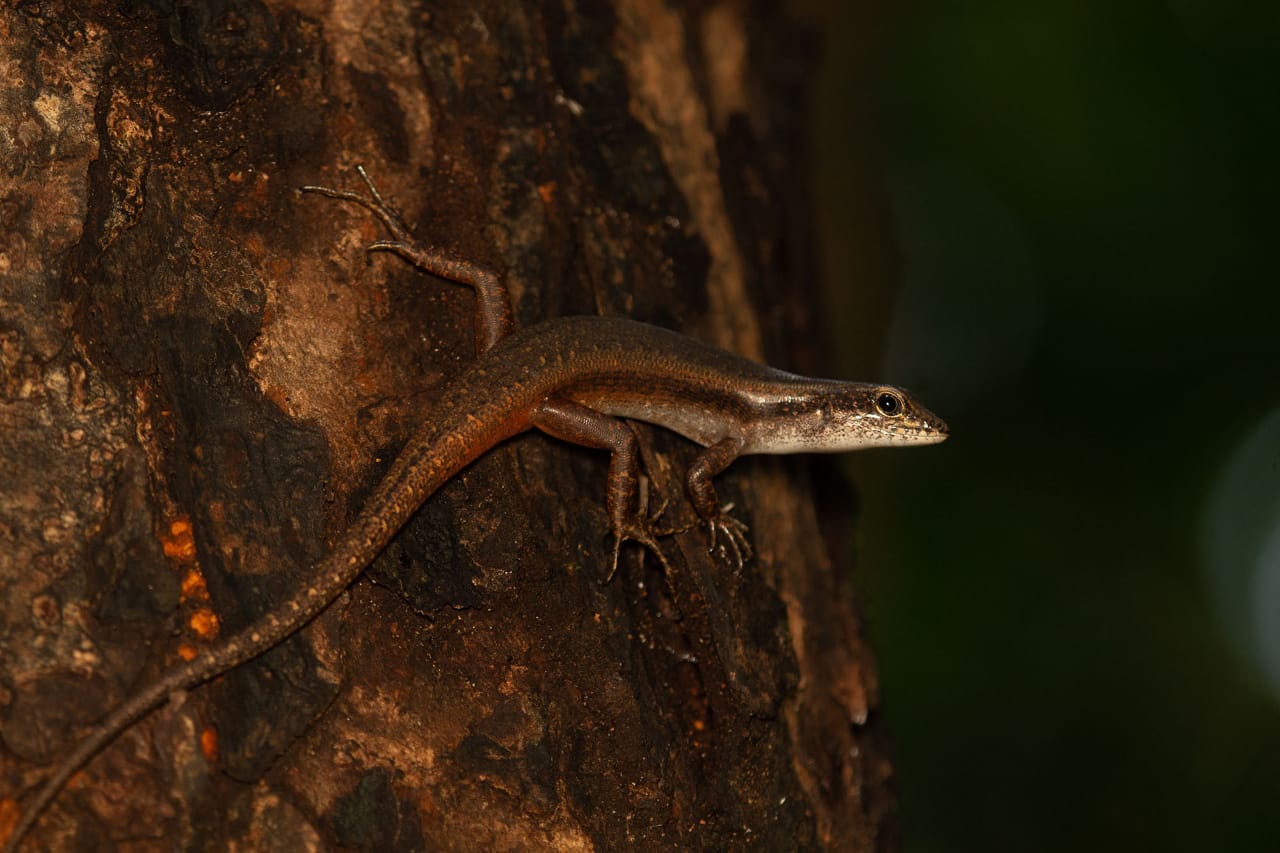 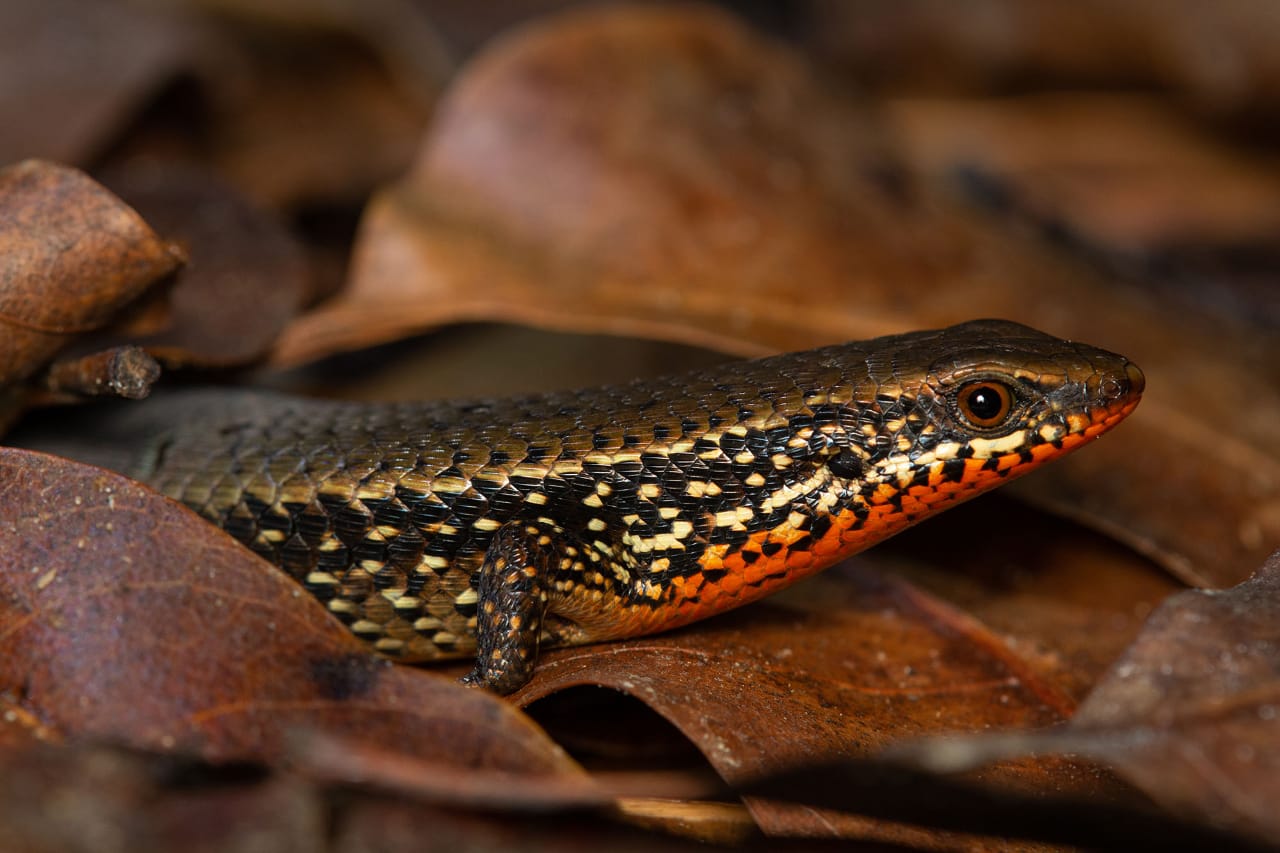 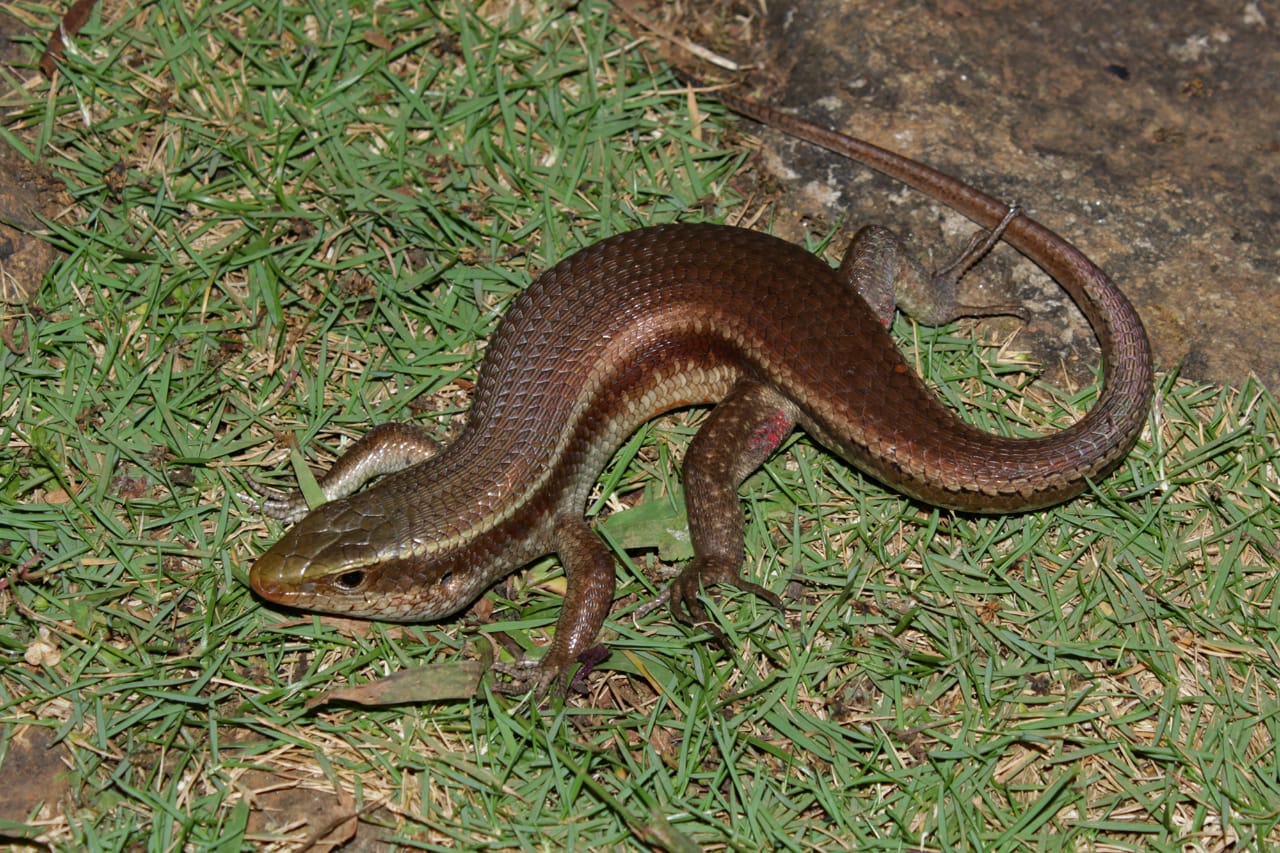 The state has just one species under Family Chamaeleonidae named as Indian chameleon and under Varanidae, which includes the Bengal monitor lizard.

Chameleons are best known for their camouflaging ability to change skin colour. These are arboreal lizards usually seen in drier plains and they have zygodactylous feet, separately movable eyes, long and slender protrusible tongue, and long, prehensile tail.

Monitor lizards are terrestrial in nature and are heavy bodied with an elongated head and neck, well-developed legs and long and forked tongues. 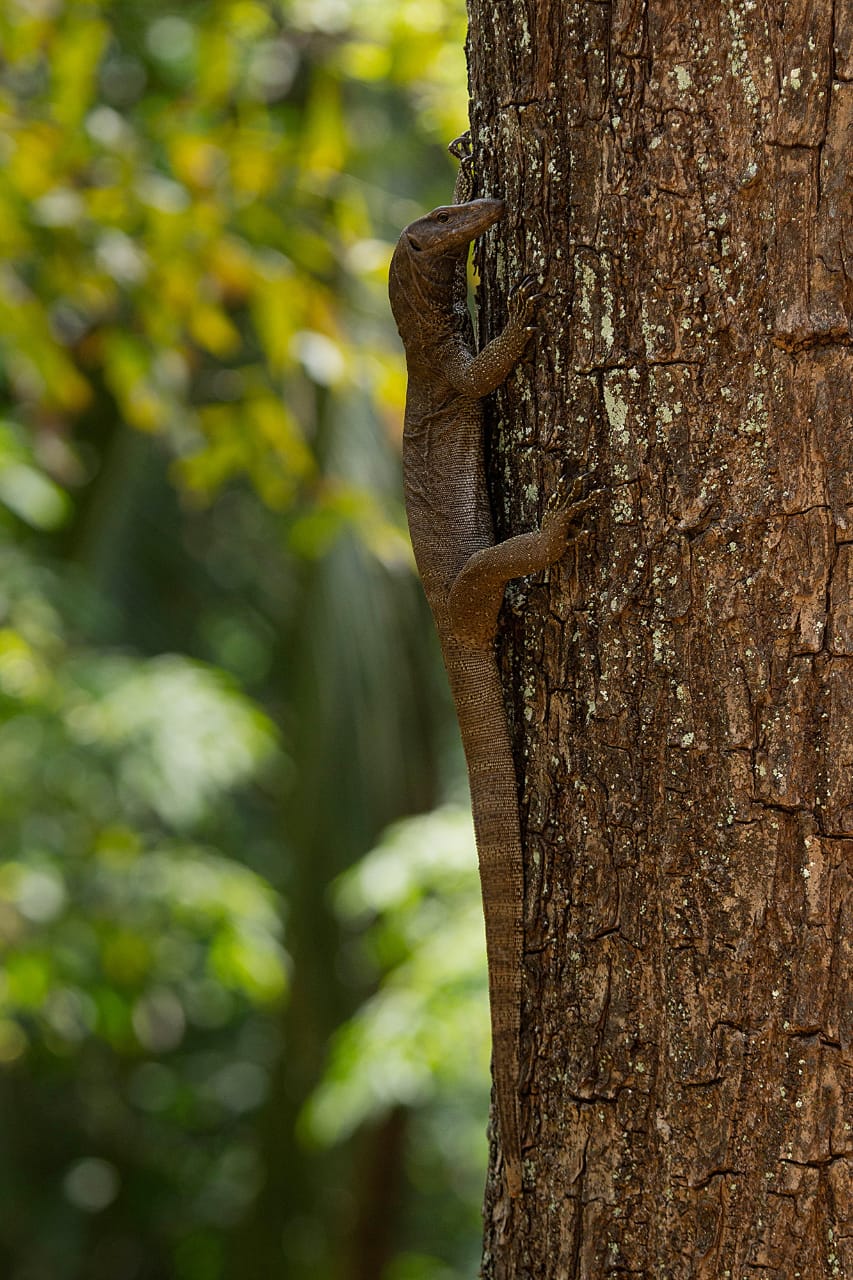 Owing to their high endemism, restricted distribution and cryptic nature, lizards face threats in various forms and are even prone to extinction if current trends of habitat fragmentation and degradation continue. Habitat loss due to reasons that are majorly related to human needs and demands like agriculture, development and tourism activities are the prime cause for the decline of such vulnerable species. Moreover, lizard species are mainly found as road kills due to rash and careless driving.
It is crucial to focus conservation efforts towards these mostly ignored, lesser charismatic species that may soon go extinct if proper and timely measures are not taken.

About the Author: Karthika Chandran

Karthika Chandran is a Ph.D. student in the PG & Research Department of Zoology at Farook College. She is currently working on the influence of human-modified landscapes on mixed-species bird flocks in Wayanad. She is a wildlife enthusiast with a keen interest in studying animal behaviour, especially reptiles and birds, and finds her comfort in nature writing as well.